The FCA has focused on Diversity and Inclusion (D&I), as one of its main goals to change the mix of those working within the financial services industry, especially in senior and board roles. However, it had originally said little about those working directly with clients, or on the role of T&C in all of this.

Discussion Paper DP21/2, which involved the FCA, the PRA and the Bank of England, did note that the products offered to customers still do not always meet the needs of disadvantaged groups. Apart from this, much of the focus was again on those at senior and executive levels, so has the FCAs focus on Customer Duty supplied any more of a momentum for D&I at the coal face? If so, how can T&C supervisors, managers and directors change the way that they work to accommodate this?

The Chartered institute of Personnel and Development (CIPD) has also focused on D&I in the workplace and perhaps some of their work may hold the key to a more practical approach for the wider T&C team. In their factsheet dated 24th August 2022, titled Inclusion and diversity in the workplace, confirms overcoming prejudice and changing entrenched attitudes can be difficult.

Prejudices and Biases
The factsheet recognises that apart from legally defined discriminations covering gender, age, disability and race, there are other forms of discrimination arising from an individual’s experiences through life, and the influences to which they have been exposed. These prejudices and biases, which may be unconscious, have a definite effect on people’s views and interactions with clients, colleagues, and management.

Such prejudices and biases often have potentially negative effects, with examples of jokes, bullying or discrimination being based on an individual’s height, their weight, or their accent, during education and employment. Even an individual’s choice of clothing, hairstyle or reading material can create a source of judgement by others, who do not have the whole picture of that person, to understand the context.

Prejudice and biases towards accents have been recognised as a source of division in the UK for centuries. The writer George Bernard Shaw noted over a century ago that “It is impossible for an Englishman to open his mouth without making some other Englishman hate or despise him” in his preface to his play Pygmalion.

This still remains true to some degree today and despite the increasing exposure of regional accents on various forms of media, there is still an in-built prejudice or bias towards and against certain accents. It is those from the West Midlands, Liverpool, or the east end of London with noticeable accents that are among those who have been subject to negative prejudice or bias based on studies, even in recent times.

What this shows is that some D&I problems cover a wide area and are not something that can simply be solved by focusing on a more diverse senior management and board. Indeed, those individuals will also have their own prejudices and biases that they bring to the role. However, the ultimate goal must be for organisations, and the wider labour market to be more inclusive and allow anyone, regardless of where they come from and their circumstance, to thrive and have equal access to jobs that positively benefit them, the business, and its clients.

T&C Involvement
So, in the light of all of this, sometimes conflicting, information how can the T&C department and those with supervisory responsibilities especially, help to ensure that a firm does become an inclusive organisation? That it provides as level a playing field as possible for its advisers, its clients, its staff, and its management?

Well let’s consider the range of supervisory activities that are undertaken by a T&C team. There are of course file reviews and reviews of advice and other communications that go out to clients. However, many of these are undertaken in larger organisations by dedicated teams, or in medium sized and smaller firms they may be outsourced to specialist compliance firms. Also, there is often little within such written material that would show potential problems with D&I, or with prejudice or bias.

Areas of more useful interaction are Client Meeting Observations and One to One Meetings with advisers. These allow the assessment and discussion of any particular D&I problems that might have occurred, or where an adviser appears to be displaying particular prejudices or biases.

But there are difficulties here because it’s not just the fact that an adviser may say something inappropriate. It may be a case of how they deal with the fact that a client says something outside of the accepted norm, displaying their own biases during a meeting. Experienced advisers may have come across situations like that before and may have developed answers, but what about new advisers that are going though their pre-authorisation training, how will they cope?

Another possible issue is a meeting with a couple where an adviser spends most of the time talking to one of them and less time talking to the other. Without understanding the context, it is difficult for a supervisor to know if this is because of a potential prejudice on the part of the adviser, or whether the clients have different degrees of need for detail to be provided. This is where the post-observation feedback meeting is key to such interaction, as it allows a T&C supervisor to highlight points and issues from the meeting with an adviser, before considering any training needs.

Indeed, the initial and ongoing training regime is key to this, with specific D&I training needed, including providing an understanding of prejudices and biases, so that advisers appreciate the potential pitfalls. This can then be supplemented both during the initial and ongoing supervision phases, by additional and refresher training, either by the T&C supervisor, or through a specific course or online module. While this will inevitably help to a degree and provide a focus, research has shown emotions and attitudes are the hardest to influence with any training.

Also, the extent to which T&C supervisors can effectively get involved on this basis will be subject to the scope of the T&C Scheme. It will also depend upon the depth and quality of the forms and documents associated with the scheme, and whether these include touchpoints for assessing issues associated with D&I, prejudice, or bias. In view of the advent of the new Customer Duty requirements, a number of T&C forms and processes will need to be revised. This should therefore provide an ideal opportunity for a wider review of the T&C Scheme, and its documentation.

Finally, let’s consider another area where T&C can have an input, but where others will add more detail. In the annual appraisals for staff, T&C can highlight any potential concerns to line managers, and these managers will add this input to a wider range of data. Providing that the scope of the annual appraisal includes a focus on D&I, an employee’s wider adherence to the organisation’s requirements will then form part of the overall assessment of progress.

What Next?
All of this reflects the fact that D&I is something in which everyone in a business should be involved and should all be striving to create an inclusive organisation that helps both its staff and its clients. This must be integrated and embedded into the fabric and attitudes of the organisation, despite any potential objections from those who see it as a waste of resources or effort. To quote George Bernard Shaw again “People who say it cannot be done should not interrupt those who are doing it.” 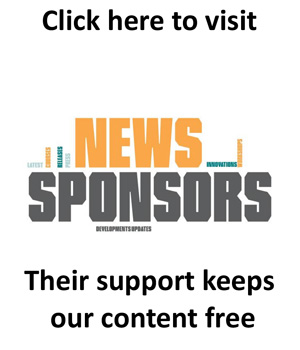 Derek T Davies is a freelance Consultant,Editor and Writer