Supplier Directory
Learning Solutions
Login
You are at:Home»People Development»Your plan (well, mine) to get you through 2016

No, it’s never too early to plan and the nights are drawing in, M&S have Christmas cards on sale and North Korea have changed their time-zone so it’s good enough for me.

Especially when you realise that, according to latest research, the average person spends 110 minutes per day, yes PER DAY, worrying. No, I don’t put myself down as average but I am way below the average. I like doing things. Lots of those things are drink-related but they are still activities, of a social nature. (Research has also found out that drinking less minimises the chance of having a hangover. No, honest, people are PAID to do this. Wish I was.) (Get on with it and stop complaining: Ed.)

Laughter helps release endorphins, which are similar to morphine and heroin so that helps tranquillises and builds the immune system.

So, how do we stop the anxiety that seems to grip us at this time of year (or, according to recent research, every day)? Here’s some hints from a non-worrier:

Turn off your mobile
Honest, you are not that important. And checking to see if you have an email every five minutes won’t make emails come quicker. If it’s attached to your work email, which recent research suggest it might be, just look at it every hour. Or every two hours and not after six. Or even five.

Emails: how to reply
Emails are nattering fish-wives that constantly want you to reply, respond, react, want to throw yourself under a passing bus so… Have a new policy towards them. Develop your new protocol based on some neat ideas others are using. When away, the auto-reply should say “I’m on holiday now so any email you send will be immediately deleted. If you want some action, you’ll need to get in touch with somebody else.”

And when CC’D have an auto-reply that says “Thanks for CC-ing me in this email, as it’s obviously not important, I won’t look t this until Friday after 15.00. If I have erred here and the email is important, try calling me.”

No, they are not too polite but there are a number of companies that now actually do this and have found they make their people more effective and efficient.

And emails are for confirmation and only for outward messages. Unless you are emailing others who read this…

(I once auto-responded to an auto-respond and immediately put my auto-respond on just to see if I could generate perpetual motion. I lead a sad life.)

TV rots your brain
So, read. Go to the theatre (and turn that darned phone off), the cinema, anything but endless TV.

And if watching TV can impact upon what grade you get at school, just think of how its rotting your older brain. And that’s just an hour a day. Cut out an hour.

Then there is rolling news… Well, it’s seldom happy stuff and, to be honest, you can’t influence most of it. So, why do you bother? And if it’s rolling, it’s only telling you what you already know every quarter of an hour. Just watch it at ten o’clock, like old people do. Or don’t even watch it at all, like old and wise people do.

Listen
Listen more to people. Don’t “zone out”. Practise this then perfect it. People love listeners and it’ and it’s amazing, nobody ever learnt anything by talking, save, of course, that they should listen more. Oh and don’t wait until 2016 to do this. Do this now. Please.

Polite
And be polite. That’s why I said “please”.

Punctuation
We run courses (other training providers are available) on grammar and writing and stuff (yes, that’s irony). We can say that, universally, delegates are not 100% behind the concept of the day at the start BUT, by the end of it, they realise the power being knowing how to do things “properly”.  And we do show two cases that cost companies money through the lack of a coma, this one being the most expensive:

“Citing the “rules of punctuation,” Canada’s telecommunications regulator recently ruled that the comma allowed Bell Aliant to end its five-year agreement with Rogers at any time with notice.

The regulator concluded that the second comma meant that the part of the sentence describing the one-year notice for cancellation applied to both the five-year term as well as its renewal. Therefore, the regulator found, the phone company could escape the contract after as little as one year.

And people even learn how and when to use a semi-colon and an ellipsis. Much more interesting than you may think…

Laugh why don’t you?
When is the last time you laughed, with joy, at work? Kids laugh 146 times a day; adults only 4 times! How sad we are when we grow up. Laughter helps release endorphins, which are similar to morphine and heroin so that helps tranquillises and builds the immune system. Indeed, smiling seven times makes your brain think you are happy! But business is SO serious. Yet, it’s only business, you know. Let’s laugh a little more.

Coaching
Get coached. Or coach. This is from Vic Marks, talking about cricket. “The good coach does no harm… he helps the captain along the way… the very good coach somehow enhances players technically and temperamentally… the bad coach makes things worse and does not last very long.” Which we can easily transfer to managing staff and being the “very good” manager. It’s all about flexibility and, quite often, not getting in the way of talented people. Or even managing yourself, with a bit of help.

Marginal gains
When Sir David Brailsford drove us to cycling glory in 2012 (us being Team GB) he didn’t look for great leaps but “marginal gains”. “If you broke down everything you could think of that goes into riding a bike and then improved it by one percent, you will get a significant increase when you put them all together,” he said. And so we need to do with our lives. And our business lives. Small steps, small changes and do them now. Don’t wait for Christmas.

Are you a genius?
Genius is 1% inspiration and 99% perspiration… so if you smell bad, you’re a potential genius.

And finally…
I’ll leave you with this thought: Going to church doesn’t make you a Christian any more than standing in a garage makes you a car.

There, that’s 2016 sorted, now, about those Christmas cards… 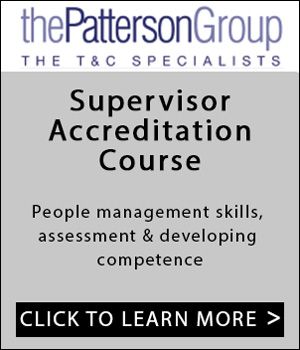 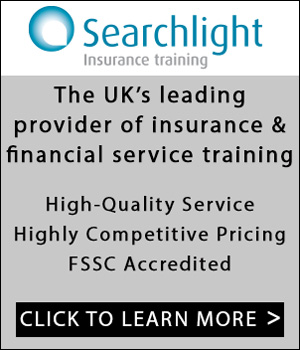