Supplier Directory
Learning Solutions
Login
You are at:Home»Industry Focus»Professionalism & ethics in financial services: “whack-a-mole” or in a hole?

Some would regard the topic of professionalism & ethics in financial services as something of an oxymoron in a similar league as military intelligence. While recent examples include LIBOR fixing, insider trading and PPI, we could also recall the likes of the 14th Century Italian merchants and the South Sea bubble to realise that there has often, maybe even always, been ethical lapses in business. The questions about what causes such lapses and what we can do about them will probably remain with us for as long as we do business – let us examine these questions.

There are numerous definitions of Professionalism & Ethics and I prefer:

Professionalism: the competence or skill expected of a professional

Ethics: moral principles that govern a person’s behaviour or the conducting of an activity.

What comes from these definitions are the words skill and behaviour, which I feel give us a clue that these are areas which can be trained or acquired: they are not necessarily innate.

But if we do not know what our principles are supposed to be, how can we remain aligned with them?

As to the moral principles that govern behaviour in financial services, we have the 11 Principles for business used by the FCA and PRA, and indeed before them the FSA and its predecessors. There are also the principles of relevant professional bodies: IFS, the Institute for Actuaries or the CISI for example. These Principles can be found in their Codes of Conduct, and have a broadly similar thrust to them. An exercise I conduct among groups when training in this area asks them to list the 11 Principles and also those contained in their professional body Code of Conduct, together with their own organisation’s Code of Conduct. The outcomes of this exercise usually draw out:

Now, dear reader, I am sure you can do better: so here is the challenge – list the FCAs 11 principle for Business – RIGHT NOW!

I have yet to meet someone who can complete this task, without at least referring to the relevant web pages. This must reflect not only our attitudes to rote learning, but possibly to the code of conduct and principles themselves. We know they are there; we just do carry them around with us. But if we do not know what our principles are supposed to be, how can we remain aligned with them?

While the historical precedents for ethical lapse are many, some question whether our behaviours have got worse in recent years. A sporting perceptive may be interesting here:

“The most important thing is not to win but to take part.”

“You do not win silver, you lose Gold.”

What causes ethical lapses.? While each case differs in detail, some of the overall themes researched by Donald Cressey have helped develop a model which aids understanding of behaviour in this area. AS Cressey says:

Cressey’s “Fraud Triangle model helps here. It combines 3 key elements: Opportunity, Pressure (or incentive) and Rationalisation. The key element would appear to be the latter. Financial services is awash with opportunity, despite the considerable work on systems, controls and checks over the years.

Examples of pressure can be seen among employees who have committed relatively small scale fraud to cover a personal financial situation. I recall a former colleague who did just that in my early banking career. The discussion about incentives has taken a more central part of discussion in recent years, with some institutions having incentivised staff – and indeed directors – very heavily.

Yet the rationalisation of our actions which make the difference. This may be summed up by Sherron Watkins, formerly of Enron:

“I think there are difficult moments of truth when leadership is tested. And if these moments are not faced honestly, if the hard decision is not made at that point, it becomes next to impossible to return to the right path. Once you start to rationalise, you’re stuck.”

It is also apparent that ethical lapses occur at all levels in organisations, although the impact of such lapses is arguably aligned with the levels of responsibility. Carlo Rotta in A Short Guide to Ethical Risk makes the point:

“A sample of 100 companies from different countries who were victims of fraudulent activity, in 11 cases the culprit was the CEO, whereas in 60% of cases fraud was perpetrated by senior managers and board members, and to include Middle Managers the percentage of cases goes up to 86%.”

How can we respond to these behavioural lapses? In some instances, the regulators could be seen to be playing “Whack-a-mole” with issues. If we recall the response to the collapse of Barings for example, or the rogue trading cases more recently. Regulation appears to be playing catch up.

More proactive responses, and arguably preventative actions could be summarised as:

Finally, I recall the words of Nick Leeson, of Barings and “Rogue Trader” fame, who I briefly met when he gave a presentation at a Chamber of Commerce event. “Everyone should do more than just satisfy the regulator”.

Maybe some businesses need more training in exactly how to do that.

I help businesses to develop and grow by delivering high quality, interactive and tailored training workshops that give managers & business leaders the knowledge, skills and confidence to build their services, brands and people to achieve greater success. 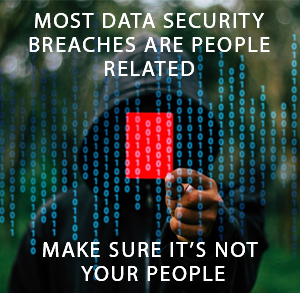