Supplier Directory
Learning Solutions
Login
You are at:Home»Industry Focus»Clarity is now more important than ever!

Those of you that have been following the FCA Test Case on Business Interruption Insurance will know on 15th January 2021, the Supreme Court handed down its judgment and despite the fact that only 11 wordings from 6 insurers were examined in minute detail, the case is momentous and sets a much heralded precedent. Last year, right in the middle of the first lockdown, the FCA was made aware that despite insurers agreeing with the government before the lockdown started that policies would respond in respect of losses due to the lockdown, insurers were declining claims in huge numbers. MPs and others had started shouting their concerns loudly to the extent that the FCA started a process to gain maximum clarity in respect of commercial insurance policyholder wordings – this being unprecedented as up to now everyone had assumed that the FCA was there only to protect consumers rather than big business but many of these claims were being made by (relatively unsophisticated) SME type business operations.

The five justices gave the FCA (and thereby policyholders) a clear win and insurers were left wagging their tails as their arguments had been found “absurd”. It was a great pay day for lawyers once again with some 30+ barristers involved, 15 QCs and 7 firms of solicitors. Why it needs a referral all the way to the Supreme Court is beyond me and the industry’s reputation has suffered badly due to lack of payouts and the plethora of ambulance chasers setting up to pursue insurers (and possibly brokers) on behalf of disgruntled claimants.
However, not every claim for financial losses due to covid will be covered despite what the media has said. The policyholder needs to have an appropriate policy that has an extension for business interruption/consequential losses arising from non-damage forms to include notifiable diseases (where they are not listed one by one) and denial/hindrance of access. However the use of just one of two words can have a momentous affect as to whether the policy will respond.

Put it in a nutshell, if insurers cannot clearly articulate what they will cover and will not cover so that we all understand clearly then they will be found wanting as this case has shown

Put it in a nutshell, if insurers cannot clearly articulate what they will cover and will not cover so that we all understand clearly then they will be found wanting as this case has shown. The FCA state they have worked out there are some 700 different non-damage business interruption (BI) wordings out there written by 60 different insurers and covering some 370,000 insureds but what we don’t know is how many claims have been accepted, initially denied and now back in consideration. What we do know is that many thousands of insureds had claims declined going back to the first lockdown (March to July) and had claimed for BI due to a notifiable disease (covid became one on 5th March) or due to government orders closing premises down. However, whilst the court gave some clarity it was unable to examine every wording out there and yes, the judgment is binding on the 8 insurers in the test case but also provides authoritative guidance to all others and time will tell how quickly insurers start to pay valid claims.

Up to now things were pretty certain regarding what constituted proximate cause but for covid the court had to be imaginative and decided that it was a multiple cause. So covid/the existence of a notifiable disease causing illness plus then the government closing large sectors of business down and the fact we were only allowed out of our homes for certain reasons (shopping for essentials, exercise, etc) all contributed to one cause. Insurers had disputed this saying that it was only the disease that they were on for.

Insurers’ appeals were unanimously dismissed despite insurers saying that pandemics were not BI and that policies were never written or priced to cover this. The court decided that a common sense attitude should prevail – “what would a reasonable person have understood the language of the contract to mean?” and what is rational. Clear and simple to apply.

The FCA have been clear as to what they require insurers to do post the judgment and published a Dear CEO letter on 22nd January setting this out. I would sincerely hope that they are now engaging correctly rather than thinking of ways to cause further delay but am ever conscious that a number of insurers have been paying claims due to covid since day one. The FCA and government have also been perturbed that some insurers have been deducting certain grant payments from claims settlements and they have been rebuked for doing so.
Whilst insurance is an economic necessity, since March 2020, wordings have tightened to the extent that covid is definitely not covered and with no government bailout available for all business losses what does a prudent business owner now do? Practically nothing! Furlough has been in place for 12 months now and is set to continue for months to come but not all the expenses of a business are wage related. Whilst there may have been discussions regarding a pandemic re type of arrangement nothing as yet is clear so many businesses will have endured significant losses arising from three lockdowns now.

Do brokers have an exposure? Yes, possibly. Whilst clearly it is the insurer that decides whether or not a claim is covered in line with the wording that has been issued and in line with the authoritative guidance that emanates from the judgment, some brokers may have incorrectly assessed their client’s needs for cover and thus failed to obtain the correct type of cover. Some clients have been sold policies that won’t cover non-damage forms of BI or will do so but at very low limits in line with the losses sustained by the client. Clearly brokers will have been re-assessing their advice process and bearing in mind that the FCA Conduct Rules came into force on 31st March covering all staff, there is a continual need to ensure staff are kept up to date and assessed as competent.

Having trained virtually in excess of 8,500 people in lockdown (mainly via the CII’s network of local institutes) it is clear that this test case has affected many brokers and the need to positively collectively re-engage with the insuring public is now more than ever. At the end of the day people buy insurance to protect themselves against disaster and this time round what was promised has not been delivered. We need to regain the trust of the public and advisers and insurers need to be trusted once again.

Please visit our sponsors page for their latest news

Branko Bjelobaba is Managing Director of Branko LImited. Branko has worked across the insurance sector since 1987 and is regularly called upon to write for leading publications, to present to many audiences and has judged a number of broker awards. He has an infectious presentation style and has been told on many occasions that he is the only person in the world who can make compliance sound interesting. He has spoken at virtually all the CII’s local institute dinners and has never used the same joke on more than 100 occasions. Branko was Thomson Reuters Compliance Personality of the Year 2012 and in 2017 received the London Market Outstanding Contribution to Legal and Compliance Award. Branko is Regulation and Compliance Consultant to the Association of Medical Insurance Intermediaries (AMII) and his Branko has had a close connection with BIBA since the mid-1990s. At PwC he led over 400 separate regulatory audits and whilst at the General Insurance Standards Council (GISC) engineered and delivered high profile workshops and conferences to over 2,500 firms. Branko qualified as an FCII in 1994 and is a Chartered Insurance Practitioner. He is also the youngest recipient of the CII’s Bridgewater Award for Exceptional Service. He has been a Board and Council Member and served as a Vice President from 2008 to 2014 and has been closely involved with his own local institute for the whole of his insurance career. 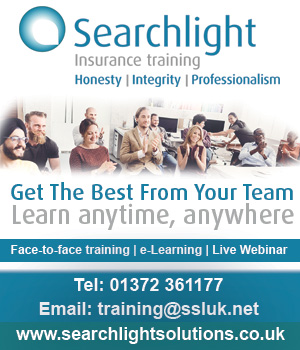