Although the financial crisis of 2008 and the financial scandals in the past decade can be traced back to failure at several levels, the UK Government pinned the responsibility largely onto the banks and set up the Parliamentary Commission for Banking Standards (PCBS), which recommended that firms take on more responsibility to ensure that their employees are fit and proper and enforce a higher standard of conduct at all levels of staff. It also recommended a new personal accountability, which led to the Financial Conduct Authority (FCA) and Prudential Regulation Authority (PRA) creating the Senior Managers and Certification Regime (SM&CR). Starting in March 2016, this regime was originally applied to banks and other credit institutions. It was extended to insurance firms in December 2018, and will be extended to all remaining authorised firms in December 2019.

The aim of the SM&CR is to reduce harm to consumers and strengthen market integrity by making individuals more accountable for their conduct and competence. No longer is it acceptable for a senior manager or decision maker to make ill-advised decisions, or take actions that are to the detriment of the consumer, and then hide behind the protection of their firm’s corporate umbrella when questions about accountability are raised.

The firms that grab this opportunity are likely to be more profitable and sustainable in the future.

The SM&CR dictates where responsibility should lie and who should be held accountable when things go wrong. While a firm can still be sanctioned by the regulator, the first port of call will now be the senior manager who holds responsibility for the area in which the issue arose. They will be asked by the regulators to demonstrate that they took reasonable measures to ensure compliance.

However, the SM&CR goes beyond this. It also aims to:

These are ambitious goals that require a complete change in approach by regulated firms and a change in the behaviour of their staff. More precisely:

The SM&CR has removed some senior managers from the line of sight of responsibility, as their roles have not been grandfathered across from the Approved Persons Regime to the SM&CR. Others, who previously did not consider themselves senior enough to be held to any form of regulatory accountability, now find themselves under the spotlight.

For those who are no longer caught under the regime, there is a mixed bag of emotions. Some may be relieved that they no longer bear the added burden of regulatory scrutiny. However, others may perceive their roles to be demoted – no longer important enough to be approved by the regulators.

Senior managers, who previously held Controlled Functions, may be used to the regulatory invasiveness, but they might still not be fully prepared for responsibility maps being supplied to the regulator. These maps must clearly define their roles and areas of responsibility – something that they may struggle to articulate. These maps also create a heightened risk for individuals, as the regulators will be guided by any gaps when investigating and apportioning culpability if something should go wrong.

However, senior managers are used to changes of this kind and can be expected to handle them well. The same can’t be said of the population of people who are being captured as Certified Persons. In the main, this group are finding themselves being catapulted into a world of scrutiny that they are not used to. Granted, they are not directly overseen by the regulators, but the senior managers in their firms are being made to attest to the regulators that these people are sufficiently fit and proper to do their job. Although firms will have looked into the fitness and propriety of individuals appointed to material risk-taking positions, being able to attest the same to regulators is a paradigm shift in accountability.

These attestations also bring the whole recruitment, vetting and appointment process under the spotlight. They bring HR much closer to senior management accountability, as senior managers rely more on HR to help establish what is fit and proper, and they are called upon to do the same for ex-employees whose new employers ask for regulatory references.

So, we have identified that roles and the people filling those roles are changing, and people and their behaviour changing has got to be a critical element in the success of the SM&CR and the successful, compliant avoidance of prosecution under it, but are people really changing?

Good conduct by everyone

Certainly, the announcement of the introduction of the SM&CR startled the industry, and the possibility and reality of the enforcement of it created a flurry of nervousness around it, but, once the dust settles following the introduction of any new initiative, does anything really change? Are people really prepared to change?

To help combat this risk, the SM&CR introduced Conduct Rules for staff and management alike. These rules provide a high-level definition of what good conduct should look like. The rules are simple and recite the good behaviour that firms should already expect from their employees, but now these expectations are entrenched by regulations.

We can see from the Conduct Rules that the regulators believe that despite its title, the SM&CR is not just something for senior managers alone. It is for everyone – each and every employee has a part to play in achieving the correct behaviour, attitude and conduct for their firm and their customers.

However, for this to be achieved, everyone has to see the benefits of change – from admin and front-office staff to back office, middle and senior management and beyond, and into non-executive directors. Everyone needs to see and appreciate how their role and behaviour are a fundamental cog in the mechanism of change and doing the right thing.

The SM&CR is not a light touch – it is a fundamental root-and-branch review of how each employee, at whatever level in an organisation, works and thinks. There is no longer a place for the “Complaints Department Syndrome” – i.e. I can act irresponsibly because someone else in a complaints department will clear up my mess for me. Similarly, from a corporate perspective, it is no longer acceptable to take regulatory enforcement action and any fines as a cost of doing business. There is no safe harbour for senior managers from the personal-liability reach of the SM&CR, and that goes for the senior managers assigned the prescribed responsibilities for implementing the SM&CR, and managing senior managers and certified persons.

Firms need to invest in new systems for assessing and certifying annually their certified persons, recording the responsibilities for senior managers, conducting fit and proper assessments, and recording and reporting conduct rule breaches. Given that there are dozens for checks and attestations required throughout the year for all your senior managers and certified persons, firms also need new controls for identifying, escalating and resolving any gaps in compliance with SM&CR.

When looking at the Conduct Rules, they don’t seem to be too big an ask or even overly difficult to comply with, but more a reinforcement of what some might call old-fashioned principles or simply doing the right thing. After all, ethical behaviour is all about doing the right thing even when no-one is watching! So SM&CR is a real opportunity for you to establish healthy cultures, effective governance, and greater personal responsibility. The firms that grab this opportunity are likely to be more profitable and sustainable in the future. 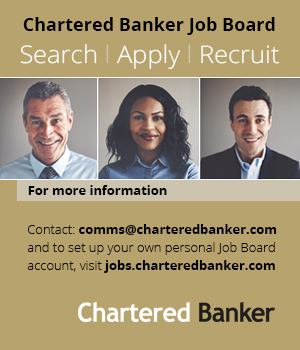