Supplier Directory
Learning Solutions
Login
You are at:Home»People Development»How can cultural change in organisations be successful?

There isn’t anyone you speak to either inside or outside the financial services sector who doesn’t agree that there needs to be a cultural shift in the industry.  If everyone agrees, why is it so hard?

The main reason stems from the fact that we are creatures of habit.  Moving out of our comfort zone requires a number of factors; a clearly communicated vision of the benefits of the change is a good start; however, this has to be coupled with learning through training.  The confidence and skill to change mind-sets, alter behaviours and implement new skills is achieved through comprehensive learning and training; it enables understanding of how to be different and do things differently. Additionally, it overcomes the three main challenges that come with cultural change.

All found that an astonishing 70% of change initiatives fail. One of the reasons for this is that ‘29% of change is launched without any formal structure at all’

Challenge No. 1 – What do we really mean by organisational culture?
A formal definition of organisational culture would state that it is a system of shared assumptions, values and beliefs which govern how individuals behave in that organisation.  These shared values have a strong influence on people in terms of how they dress, act and perform their roles. Every organisation develops and maintains a unique culture, which provides guidelines and boundaries for the behaviour of its members. But what does this really mean?  It means that certain behaviours are anticipated and expected; when these behaviours are then performed they provide an unwritten rule book of ‘normal’ behaviour in this setting. An example of this would be the expectations of time.  In some organisations meetings are planned at a certain time and they start right on the agreed time.  In other organisations meetings are planned but 10 minutes beforehand it could be moved to 30 minutes later.  When that delayed time start arrives people drift in casually. Neither is necessarily right or wrong, they are just the way things are done in that organisation.  That is culture.

Drilling down into what culture entails Robbins and Judge, 2010 identified seven characteristics. 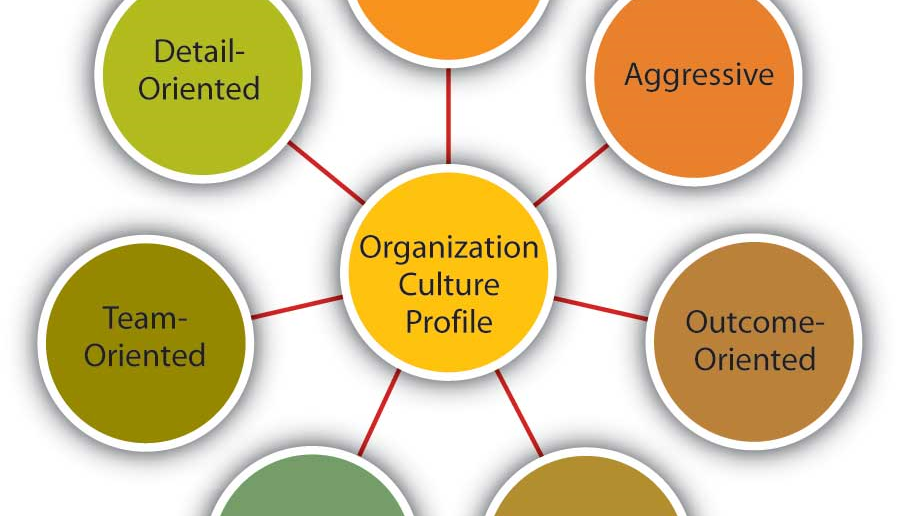 The seven characteristics of organisational culture are:

Using these seven dimensions means it is possible to identify what has created the existing culture and therefore what needs to change. Looking in relation to the banking crisis, several of the dimensions jump out as being high – emphasis on outcome (think bonus culture), emphasis on aggressiveness (both internally and externally in the name of being competitive and growth), emphasis on innovation (in terms of building market share).  Low emphasis on teamwork and people.

Challenge No. 2 – Achieving cultural change in an organisation
The Hay Group, The Ken Blanchard Group and the leadership and change guru John Kotter have all come to the same conclusion having looked into the success rate of change initiatives.  All found that an astonishing 70% of change initiatives fail. One of the reasons for this is that ‘29% of change is launched without any formal structure at all’. In other words it is started without any clear parameters and structure. They advise that, ‘the best way to help change work is to increase the amount of influence and involvement of the people being asked to change, resolving their concerns as you go’.

A new report by Cass Business School states that ‘It will take British retail banks a decade to fix the culture that has led to them to paying out £38.5 billion in fines over the last 15 years’.

What can we learn from this?  There are no quick fixes.  It needs to be for the long haul. Cultural change initiatives need structure, planning, people involvement and persistence.  But they also need to have a clear vision of what success will look like. Without that it will be difficult to translate the vision to make it meaningful for each and every employee.

Cultural change is about behavioural change.  For the vast majority, the natural human disposition to being told to change is to resist.  This occurs either through burying our heads in the sand hoping it will go away or rebelling. Bringing people on board is key to any sort of success. This involves being creative in terms of translating the vision into actionable behaviors that can be observed and recognised. People are creatures of habit so motivating change is a huge challenge.

At Fitch Learning we like Kotter’s model of change.  It has three clear stages; Planning, Enabling and Embedding.

Planning: during this stage the climate for change is created.  This means that when the change initiative is communicated it is far more likely to be accepted.  It’s like putting the foundations in before you build a house.  Skip this part and your house/change is unlikely to be robust enough to withstand any challenges. So what do you need to do in this stage?

Enabling: it is during this stage that the change is communicated and action to change begins.  If the planning stage has gone well this stage can be hugely exciting as employees get involved in making the vision relevant to themselves and their roles.  Three key things need to happen in this stage:

Embedding: this is when what has changed gets cemented into the fabric of the organisation.  During this stage excitement around new ideas has died down and the newness fades.  It’s a time when the initial change can be built upon.  There are two key areas of focus:

Working with organisations that have implemented change successfully, Kotter and his colleagues have found there are three golden rules.

Rule One – They followed the process very closely

Rule Three – They measured their efforts in terms of success

How can this change be measured in order to celebrate? Cultural change cannot be celebrated unless it can be observed and reported in some way. Let’s go back to the beginning; what drives cultural change?  The answer tends to be a desire to move away from undesirable behaviours.  As a result a change in values occurs or there is stronger visibility of existing but dormant values.  The ultimate aim of any organisational cultural change is a change in each and every employees’ behaviour in terms of being more strongly aligned to the organisations values.

One of the keys to success is allowing individual groups to translate the values into their business areas, their team and their individual roles. Exploring how values can be embedded in meaningful ways for the different business areas requires creativity, conversation and agreement.  Ultimately these behaviours can be linked to performance appraisals where a portion of the discussion can be around how the values have been demonstrated over the year with specific examples.

Let me finish with an example that we know of at Fitch Learning.  Several years ago a client of ours decided a cultural change was needed. Over the course of the last few years we have been part of and witnessed the success of new values being embedded within the organisation.  We were involved in designing intern programmes, graduate programmes and CPD programmes as well as running employee workshops.  At the core of each of these were the values.  For instance, when training occurred around Presentation Skills we as trainers needed to ensure delegates could explore how they could demonstrate any of the organisation’s values when designing and delivering their presentation.  When learning about Management and Leadership Skills delegates needed to align their behaviours to demonstrate the values.  Over the years we have witnessed first hand how employees have slowly but surely taken on the new values and there has been a cultural shift.  Employees are beginning to live and breathe the values in different ways depending on their roles. This has been done by providing employees with choice; each department, each team and every individual contributing to how the values are interpreted for their work.

My favourite example concerns the value of ‘Respect’ and a team who agreed together that they would demonstrate this value by respecting each others time off work. They wanted to demonstrate respect for personal time. This was done by consciously not communicating to the colleague whilst they were away on holiday. Can you imagine having a two week holiday where you could completely recharge and not think about work?  In an age where employees are having to take holidays off to get on top of ‘life admin’ this seems a dream. If cultural change has an output whereby employees return energised, motivated and excited to get back to work, that’s a measure of success.

Part of the Fitch Group, Fitch Learning partner with clients to elevate knowledge and skills and enhance conduct. With centers in London, New York, Singapore, Dubai and Hong Kong; we are committed to questioning and understanding client needs across the globe and on the ground locally. Our people advise and build learning solutions to accelerate the achievements of the individual and the company, across the entire employee lifecycle.