With almost half of Britain’s workforce working at home as a direct result of the novel coronavirus, for the first time, researchers can pry into the minds of a large sample group comprised those still on their remote work honeymoon. We then turn to Maslow to see whether we can learn anything from the results.

This unique dataset compiled by compliance training company Skillcast in conjunction with YouGov can tell us not only what employees like about working from home (WFH) but also what they miss about working at company premises alongside colleagues. By looking at what rookie homeworkers miss about the workplace during the Pandemic, we can gain insights about what motivated us to go to work in the first place.

The top benefits cited by employees from WFH were having more time by not having to commute (78%), being able to wear more comfortable clothing (62%) and reducing their carbon footprint (58%). On the downside, 55% of the employees said that they miss socialising with colleagues, and 45% said they found it hard to stay motivated. This points to our desire to be around others influences how and where we work. (Skillcast, 2020)

However, do any of the unique qualitative data collected during our switch to remote work give us any evidence that might support Maslow’s hypothesis?

Why? Because humans are herd creatures and being around others in a positive, meaningful way is essential to our wellbeing.

Researchers explored the link between lower social ties and higher mortality rates as early as the 1970s. One study looked at a cross-section of adults living in Almeda County, California. Of the 6928 residents surveyed, those who lacked social ties were more likely to die over the nine-year sample-period than those with extensive family ties and social relations. (Berkman LF, 1979)

Working near our colleagues may also subconsciously affect the way we operate. Teams that do are often described as “well-oiled machines”.

When we look a little closer though, we see that the differences between a good team and an exceptional team occur on a subconscious level. Research published by the Royal Society in 2014 explored mutual yet minute variations in tempo amongst members of a string quartet. In both professional string quartets studied, players adjusted the speed of their bow-strokes to compensate for asymmetries in tonal onset; also known as linear phase correction. (Alan M. Wing, 2014) Sports scientists also observe similar characteristics in rowers. Force pattern analysis of six elite coxless fours crews revealed positive correlation in inter-stroke interval times even as overall force declined. (Woodburn, 1995)

We see another example of automatic alignment in the difference between meetings which occur in our physical workspaces and meetings which occur during virtual spaces such as zoom meetings. In physical sessions observed across ten different cultures, anthropologists found a tendency for humans to avoid talking over one another while minimising silence between turns. (Tanya Stivers, 2009) Compare this with anecdotal reports of colleagues accidentally talking over one another during zoom meetings, and we get a good idea of how these unconscious group dynamics influence our everyday interactions. In societies organised around mutual reciprocity, cooperation and altruism are essential. And social interaction may also be a key motivator in how we structure our everyday lives, second only to food and safety in the hierarchy of human needs. 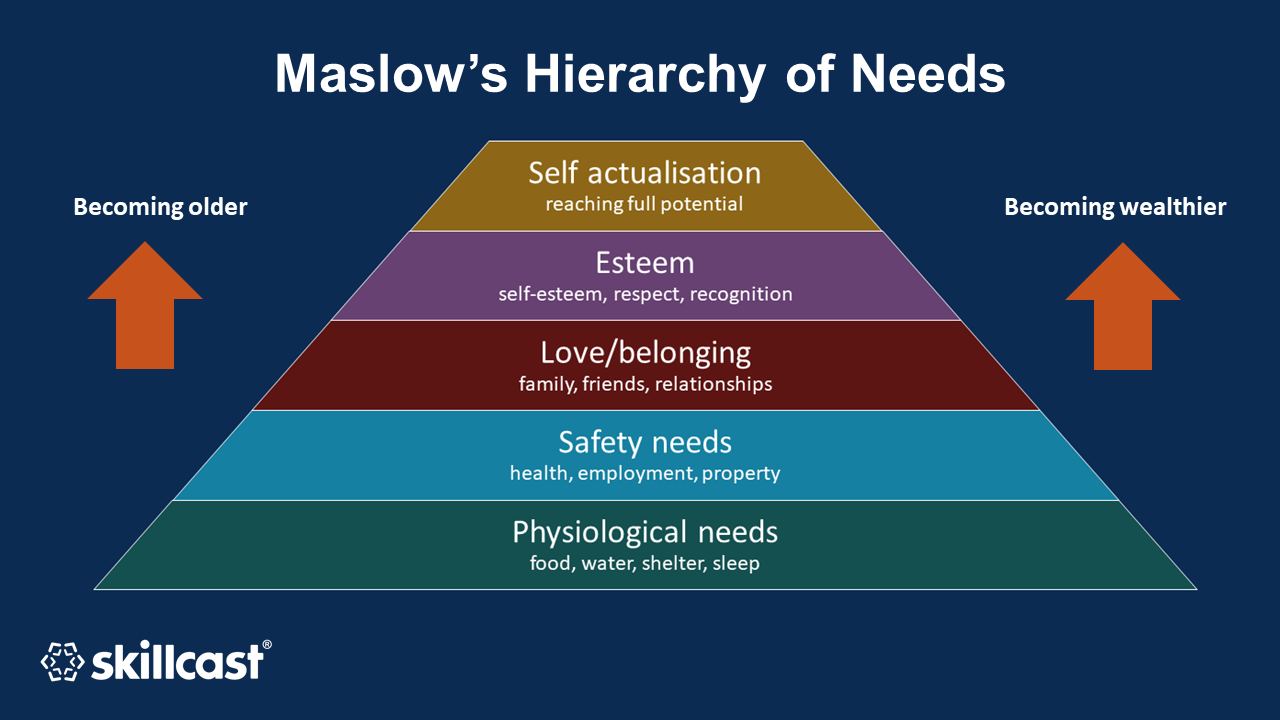 Above we see developmental psychologist Abraham Maslow’s hierarchy of needs, also known as Maslow’s pyramid of human needs. Recruitment and HR experts frequently cite Maslow’s work while often overlooking the broader historical context of his ideas. For background, Maslow was an American psychologist of Russian-Jewish origins. By the time America joined World War Two, Maslow was married with two children and missed the draft. Nevertheless, the horrors of war would have a profound impact on Maslow who would spend the rest of his career, trying to understand human motivation.

At the bottom of the pyramid, we see our most fundamental human needs. Maslow places physiological necessities such as food, water, warmth and sleep at the base of the pyramid, while self-actualisation, the process of attaining ones’ full potential, sits on top. Just like a role-playing computer game, Maslow hypothesises that to level-up, we must first satisfy each level of need. For example, to satisfy our need for safety, i.e. personal security, employment and resources, fundamental physiological needs such as food, clothing and housing, must be met. Maslow places the sense of belonging we derive from our workplaces on the middle tier of the pyramid above safety as a stepping-stone to self-esteem.

It’s worth stating at this point that Maslow’s ontology is not without its critics. Some warn of the dangers of allowing educational institutions to use Maslow’s theories to guide policy and decisions, given the lack of scientific evidence to support his hypothesis. (Hill, 2015) Interestingly, some argue that we cannot satisfy any need, from safety through to self-actualisation without social connection and collaboration. In a paper examining Maslow’s model in the age of social media, psychologist Pamela Rutledge argues that belongingness is the sole driver of human activity, not just a motivating factor. (Rutledge, 2011)

However, do any of the unique qualitative data collected during our switch to remote work give us any evidence that might support Maslow’s hypothesis? In a way yes, of the age groups surveyed it was the under thirty-fives who missed their colleagues the most. While this might be surprising to some, to proponents of the hierarchy of needs, it makes sense, under 35s will still be striving for job safety and social security more than their older, more established colleagues. 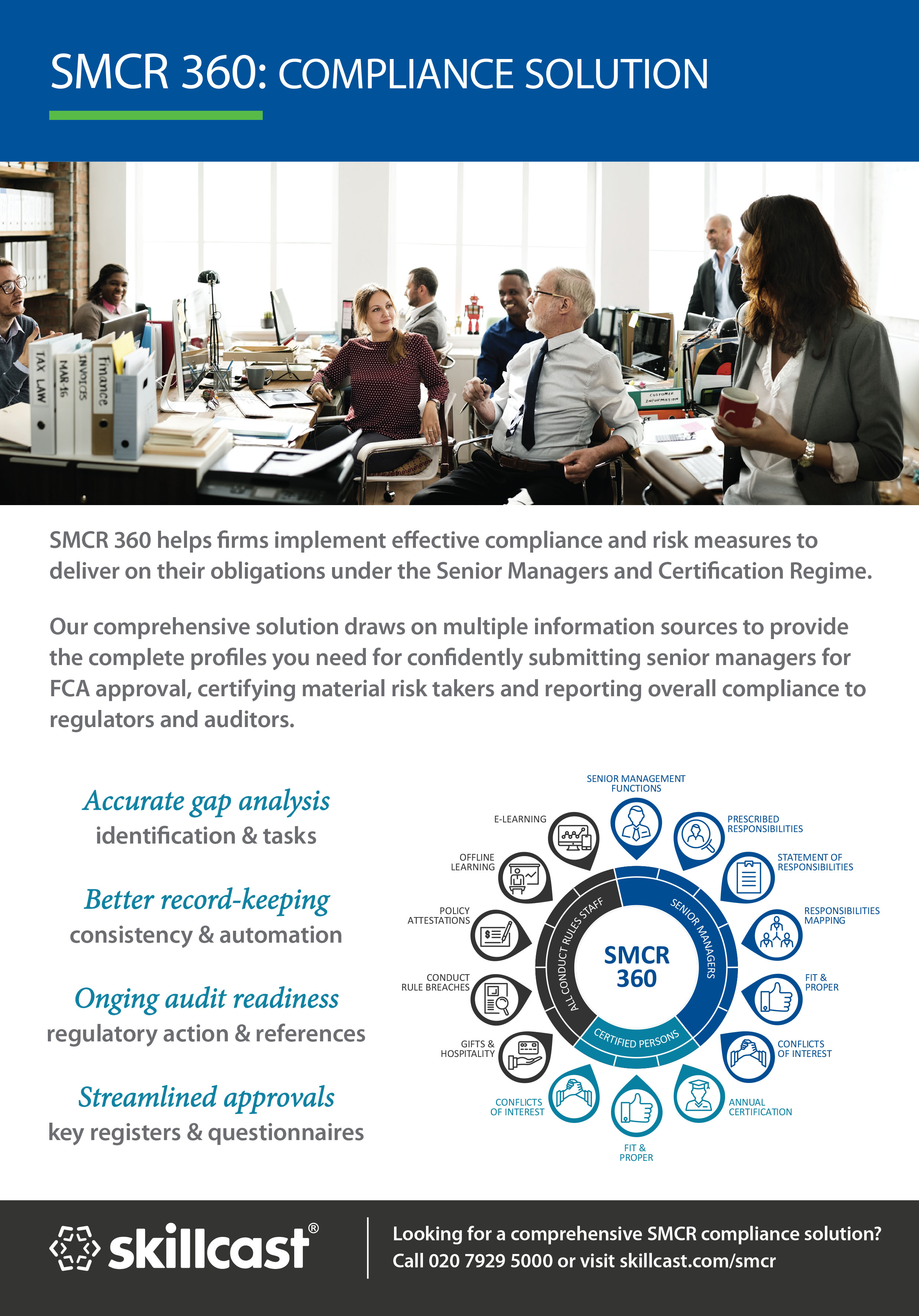 If we look at the most commons reasons employees give for leaving their jobs, we see that lack of fulfilment and company culture are just as strong a motivator as pay, but it varies from sector to sector.

So how can employers adapt their virtual workspaces to meet their employees need for belongingness?

Well, one thing that is unlikely to work is trying to recreate office social spaces online. Only 13% of the Skillcast survey’s participants took up company offers of online office parties or virtual coffeeshop hangouts. While the uptake was a little higher in the under-35 group (18%) generally, any activity involving additional time spent online in-front of a screen would be unpopular. One possible solution is to flip the office. Let employees work at home and bring them together to the office or off-site for collaboration sessions.

Before Covid19, many of us spent more time with our colleagues than we did with our families, and recent surveys show that most of us want to continue working from home. Perhaps by allowing employees to continue to work from home and helping them adapt their environment for more effective remote working is the most practical way to keep your employees engaged and productive. For some, this might mean more flexible hours to allow for family commitments, for other’s it might mean time-off to volunteer in our local communities so that we no longer rely solely on work to feel connected with others.

Skillcast, 2020. Working from home ups and downs. Available at: https://www.skillcast.com/blog/working-from-home-ups-downs